Fire in the sky

Together with neighbor Fred, I went on Monday evening the 14th of February to the Posbank. A day before I spotted during a long walk a new location on the Posbank to make pictures of a sunset. How little did I know that the moment for this occasion was already the next day. The high clouds looked already very promising but when the sun disappeared nature presented us the most beautiful display of colors.

Find the series of that evening from the moment the sun disappeared till the final display of colors. 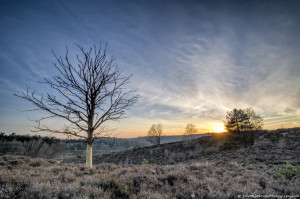 After opening the curtains on Valentine’s day, I was very surprised to see the white world outside. It finally became winter.

In this blog the results of a early morning on the Posbank with a cloudy sky and a morning with a clear sky on the Rozendaalse veld, just a little bit further than the Posbank.

I hope you enjoy my first snow pictures of this year. 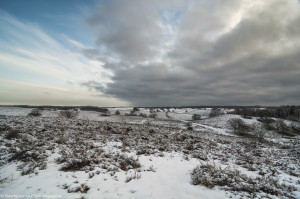 On the 17th of Januari, I went together with some fellow photographers of the ‘Schoorl group’ to the little town of Durgerdam.

The town is situated just east of Amsterdam on the shore of the IJsselmeer, what used to be the Zuiderzee. Looking to the east, we witnessed a beautiful sunrise over the water. 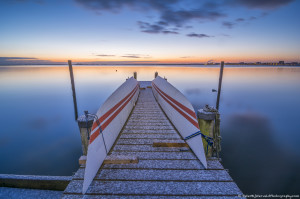 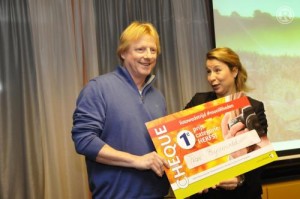 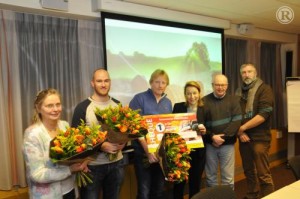 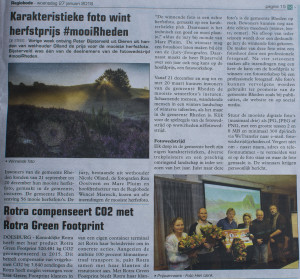 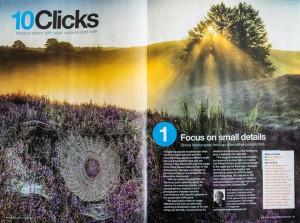 In art gallery ‘Het Kunstgemaal‘ in Bronkhorst, there is an exhibition from Januari 16th till March 20th 2016 .

Local artists will show their work and and I’m proud and excited I’m part of this. On the long wall of ‘Het Keukengemaal’ 13 of my prints of landscapes around the river IJssel are displayed. 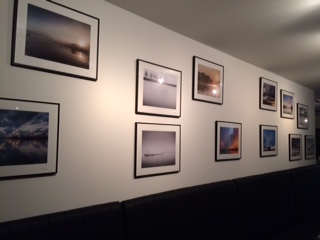 During the opening on Saturday the 16th, I will be in the art gallery and I would be happy to tell you more about my work.

If you are interested in buying a copy , please check the website of Foto Kuipers. Because for this special occasion Foto Kuipers will offer you a special deal.

Don’t hesitate to write me a personal message for any other questions.

Hope to see you at the exhibition.

Please enjoy the second and last part of my autumn series.

The pictures were taken in the woods around our home town Dieren, Posbank, Velp and the ‘dancing trees’ in the Speulder forest.

Please select the picture to view in full size.

If there is a picture you enjoy a lot, you might consider a hard copy via Werk aan de muur. 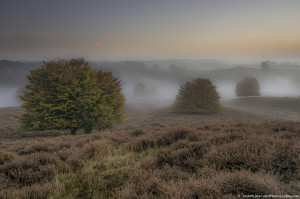 The most colourful season is getting to its end. Time to wrap-up some of my results and post it in my blog.

What a great autumn it was. We were treated to great weather, hence the beautiful colours were even more bright. Obviously the nights were getting colder resulting in some morning fog, the best ingredients for a landscape photographer.

The pictures were taken in the woods around our home town Dieren, Posbank, Velp and the ‘dancing trees’ in the Speulder forest.

Please select the picture to view in full size.

If there is a picture you enjoy a lot, you might consider a hard copy via Werk aan de muur.

Enjoy and thanks for watching. 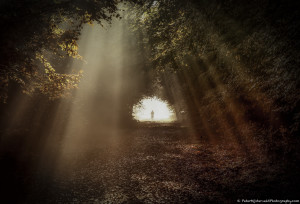 The last series of our stay in Andalusia is taken during our visit to Alhambra in the city of Granada. Because we were in the first time slot of the day to visit the Nazaries palace at 08.30, we had to leave our apartment at 05.00. But was totally worth it. What an impressive place to be. The Moorish art is beautiful, the attention to detail is amazing. Obviously no surprise it is a Unesco world heritage site.

You can find more information about this fortress here.

Hope you enjoy the pictures. 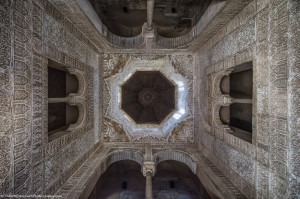 Dividing the old and the new city by the more than 100 meter deep El Tajo canyon, the beautiful Spanish city of Ronda has a long history. Please find more information of it’s history on: Ronda Wikipedia page.

In this series you will find images of the Plaze de toros de Ronda (the oldest bullfighting ring in Spain), the Arab baths, the impressive 120 meter high Puente Nuevo and the church of Santa Maria la Mayor. 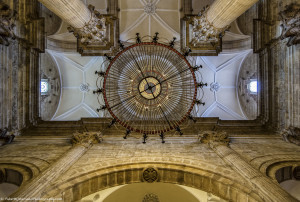 In this second series of the Sierra Grazalema, again you will find some pictures of the stunning landscapes, villages and vultures.

Fortunately the sunrise was only at 08.30 so I didn’t have to get up very early. After checking the sunrise I went to the bakery for some nice bread for the breakfast. What a way to start the day.

Looking up, there were always vultures in the air, a great sight. How graceful and effortless these big birds fly. Flocks of sheep or goats were always accompanied by circling vultures above them. 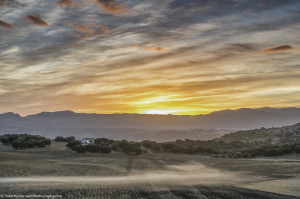