As with every Christmas, we were at home in Waterford Ireland. It is a great time of the year to spend some quality time with family and friends.

Also for photography it is a great time. You don’t have to wake up that early to see the sun rising and because the sun will stay rather low, light conditions are pretty good.

When I’m in Waterford I always try to meet with my friend Owen O’Grady, this year was no exeption. We met at Kilfarresy Beach. Owen has complete different approach regarding photography, where I go normally for some drama, Owen will go for minimal. Check his website: http://www.owenogrady.com for his collection of fine art.

Here are some pictures taken on Kilfarrasy that day.

Select the picture to enlarge and select back in your browser to return to the series. 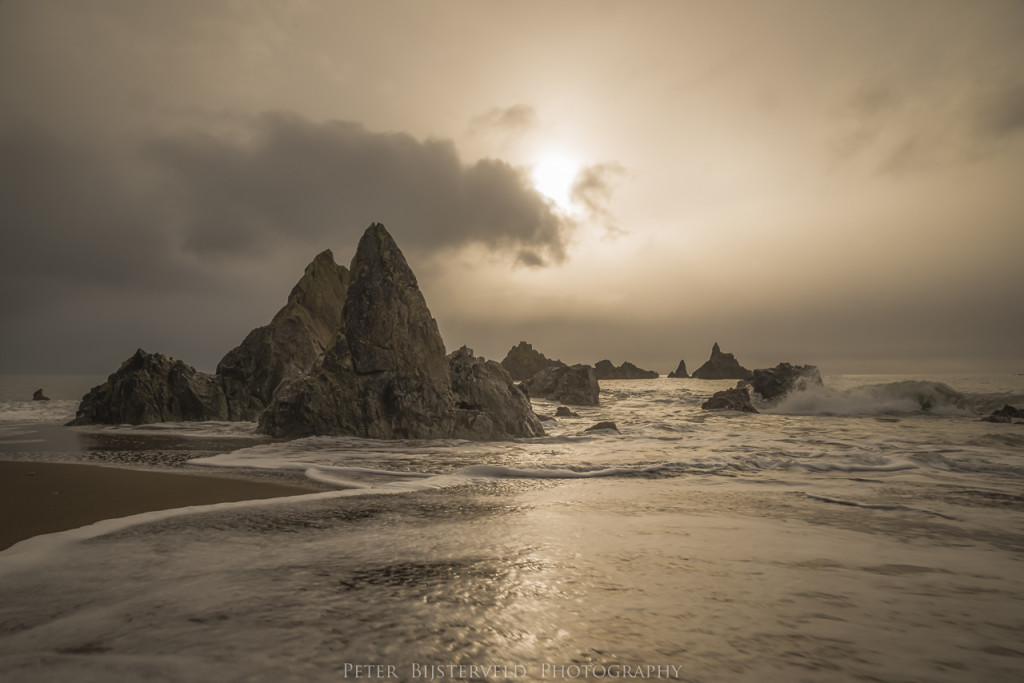 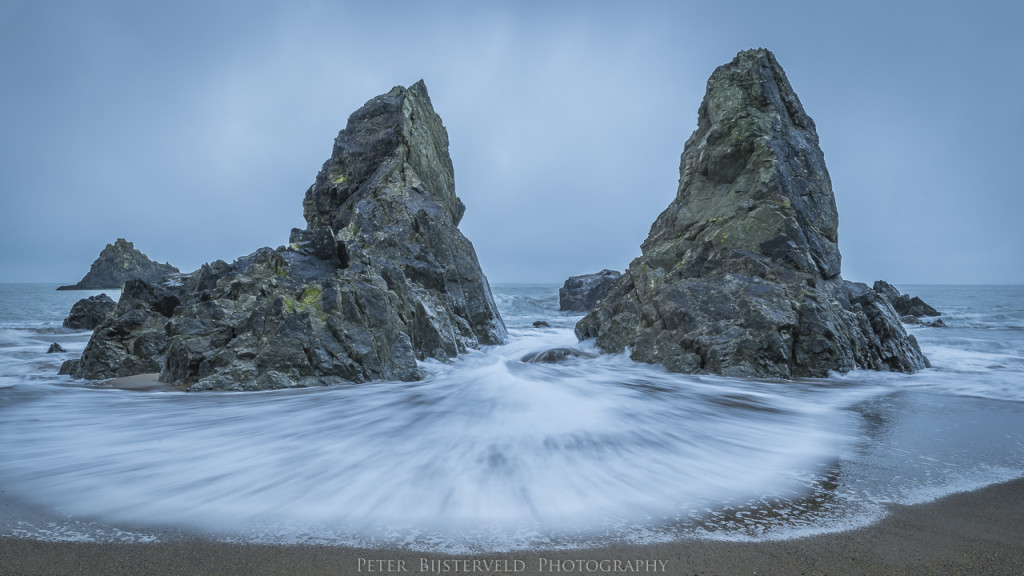 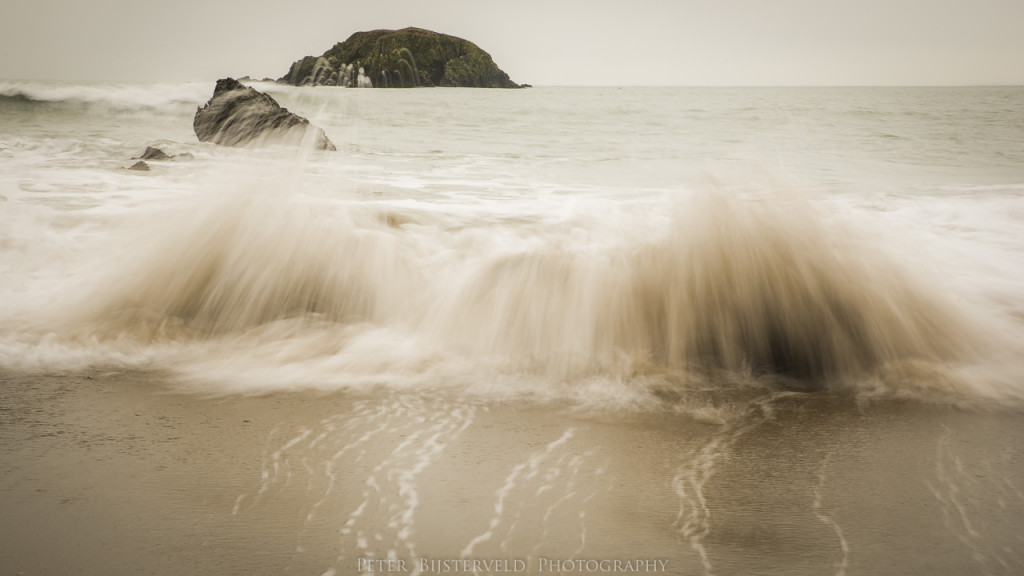 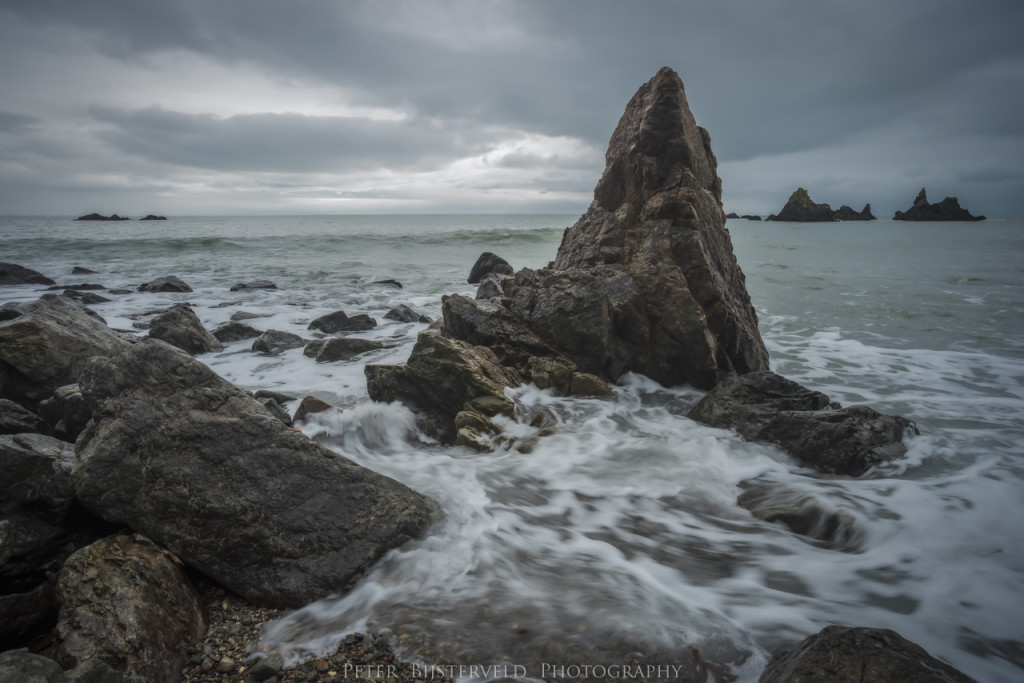 During last summer Tomás Sullivan showed me a shipwreck along Ballyhack in Wexford, just at other side of Passage East. At that time the tide was in so it was impossible to get close to it. This time the tide was out during the sunrise, so I thought a perfect opportunity to make a fine shot of this fine wreck. However in spite of my wellies and the low tide it still proved impossible to get very near to the shipwreck without drowning in the mud. Better luck next time! Thanks Tomás for the tip and bringing me there.

In the first week of the new year storm Eleanor reached Ireland, flooding some villages in the west of the country. Because the storm came from the west, the impact at the Copper coast was not that major. The waves were somewhat higher than normal.

One night I went to the prom of Tramore. The lights of the prom, the wave and the moon results in a great combination. 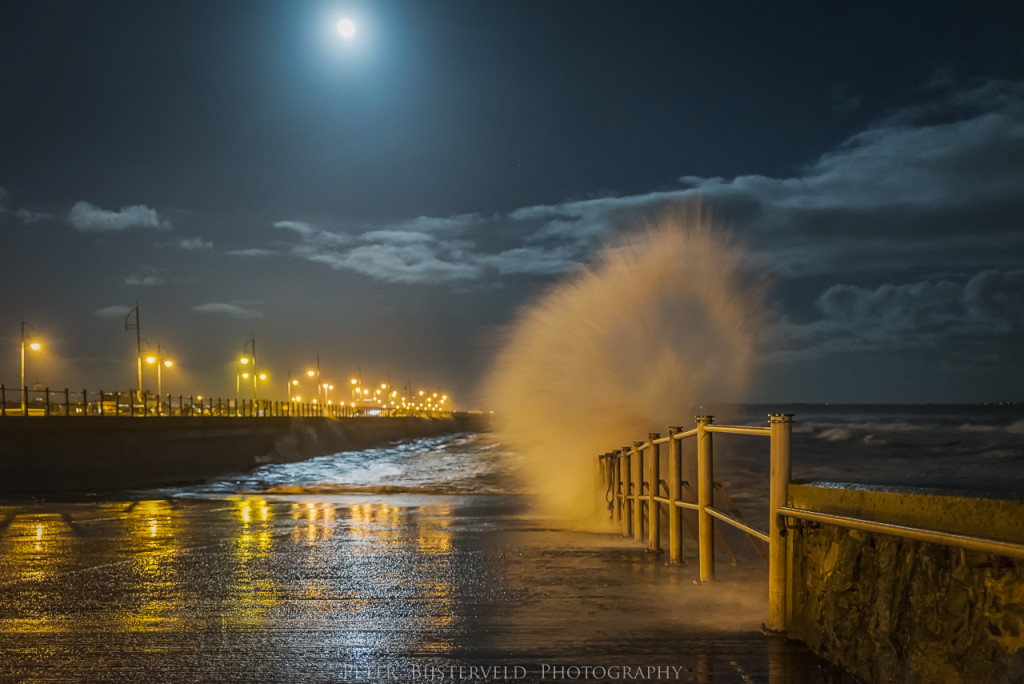 The next day I went to Ballydowan Cove for some sunrise shots. 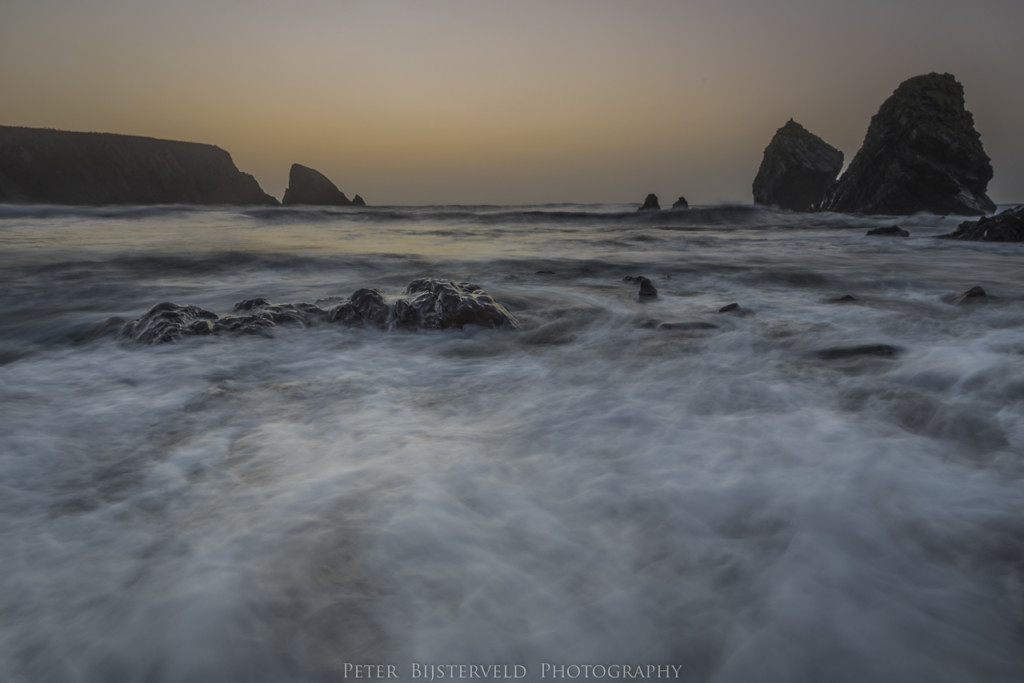 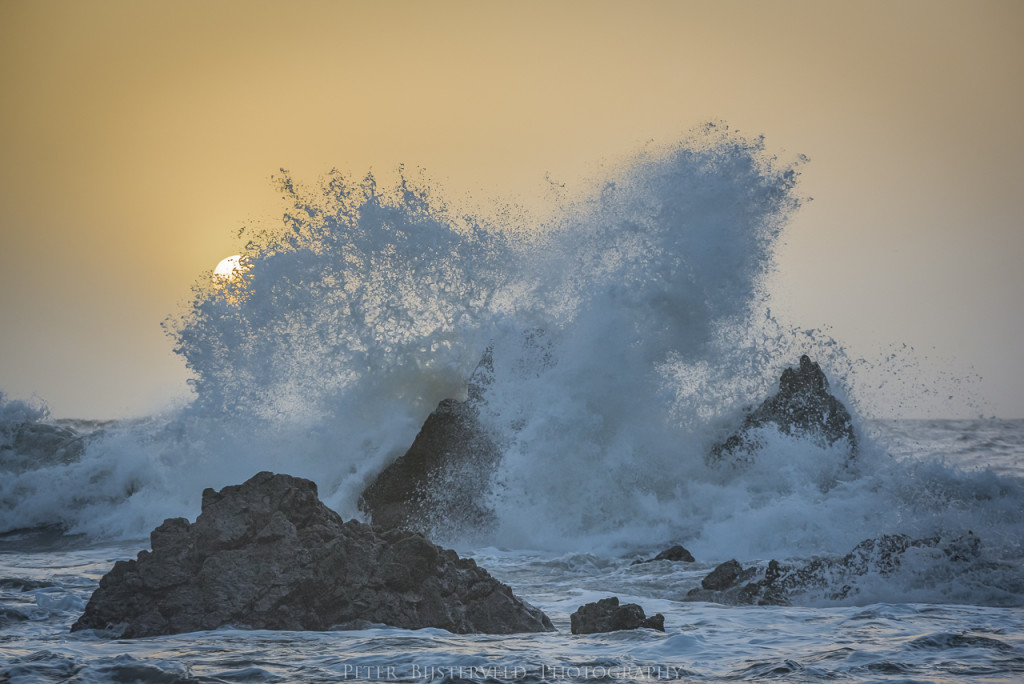 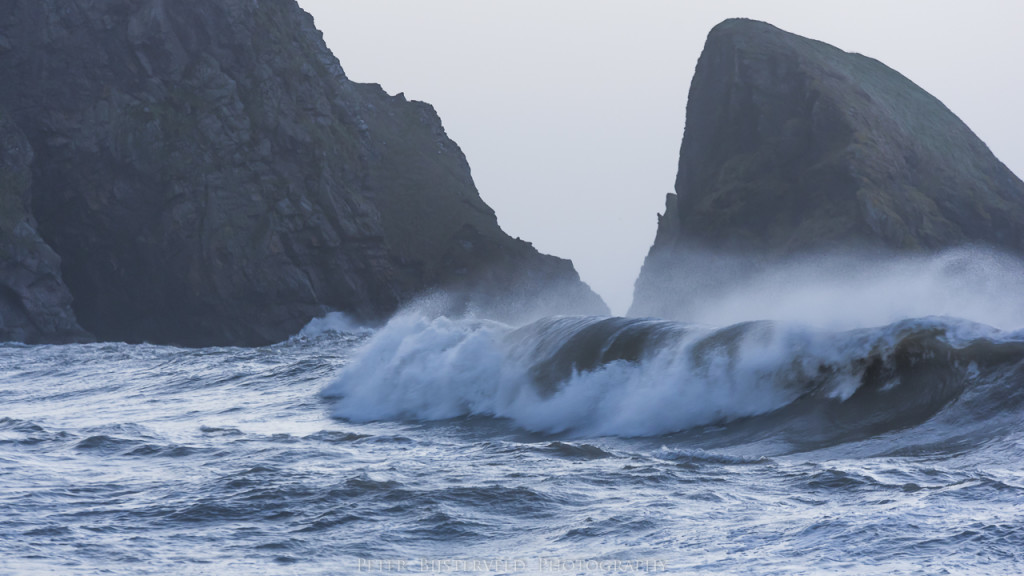 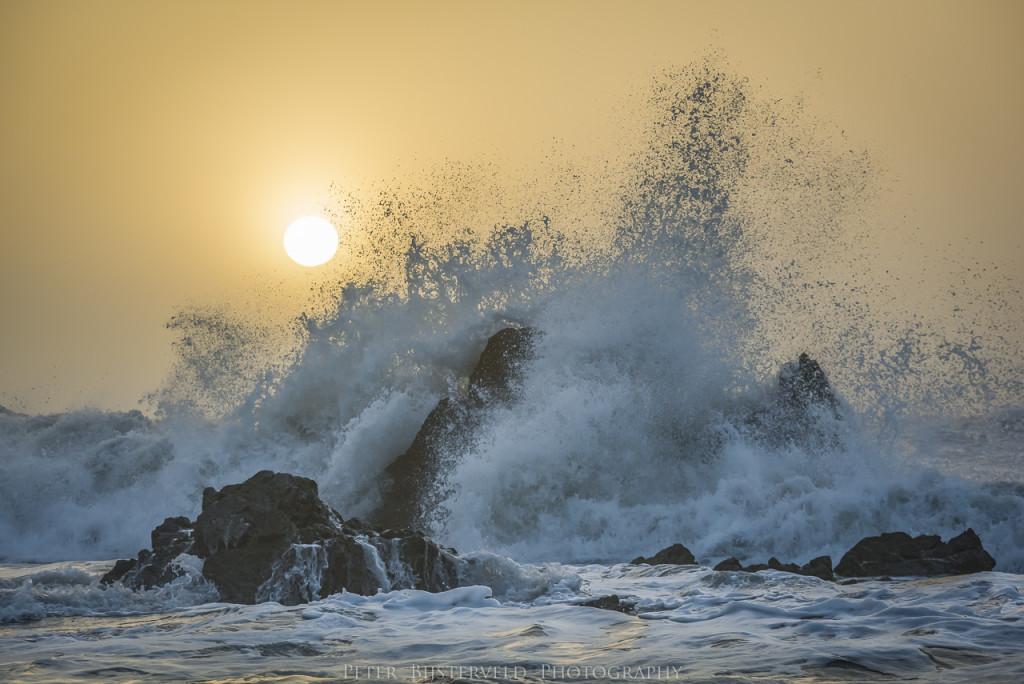 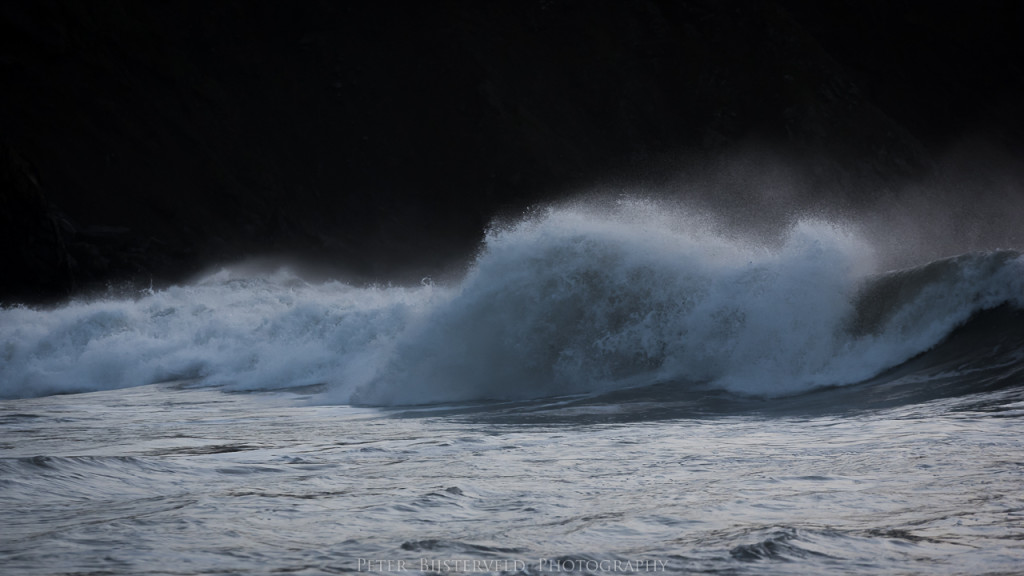 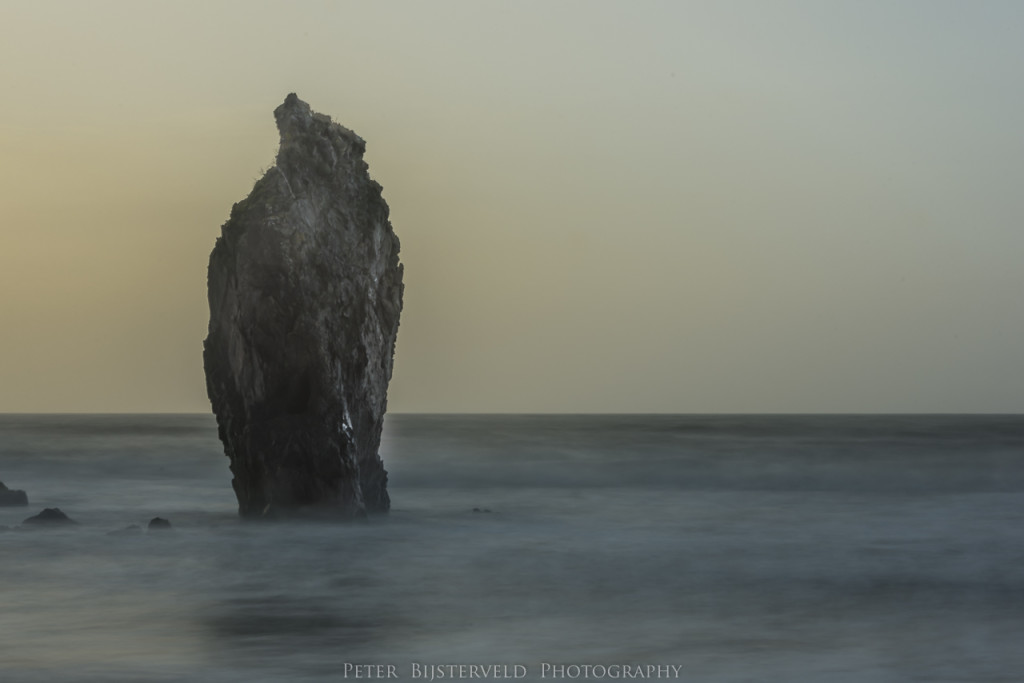 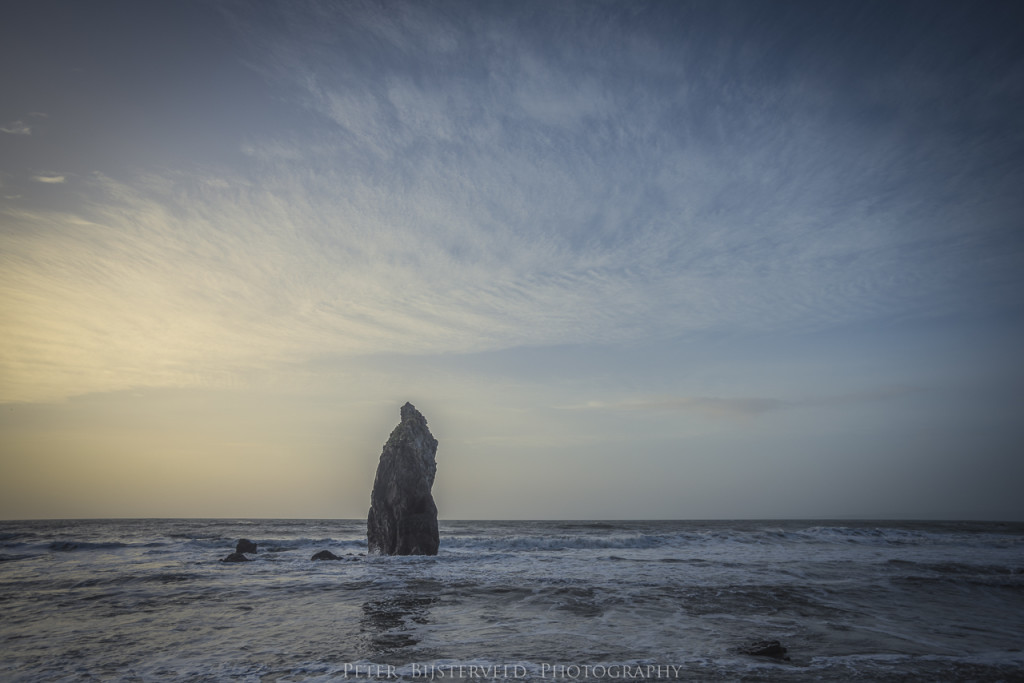