Amsterdam is a bustling city that relies heavenly on its tram system to move people around.  Now and again the lines need maintenance/changing.

I was lucky enough to be invited by Fred Rietvink, who manages these kind of challenging projects, to see the demolition of some tram tracks. After the last tram passed, the power lines over the street were switched off. After that a gas cutter was used to separate the parts that should stay and the parts that should be replaced. A large cutting device cut the rails in small pieces. A robot rhino was then used to lift the rail and pull it out of its bolts. Finally the old rails where loaded on to a waiting truck. It needed to be done by a well oiled team because a week later everything needed to be ‘back on track’.

Thanks Fred for the invitation. 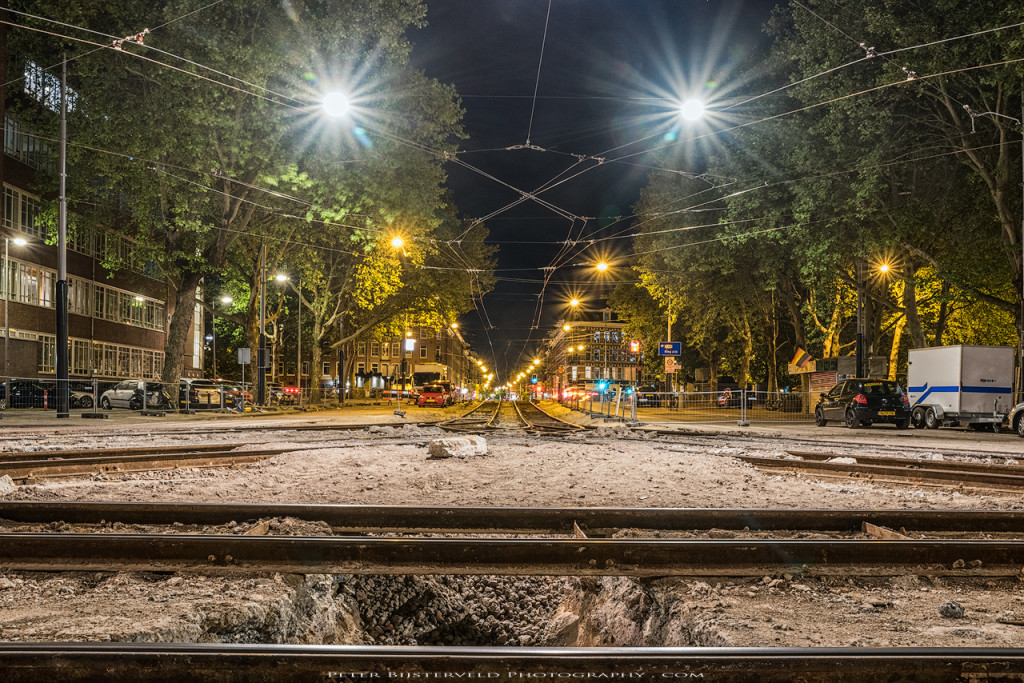 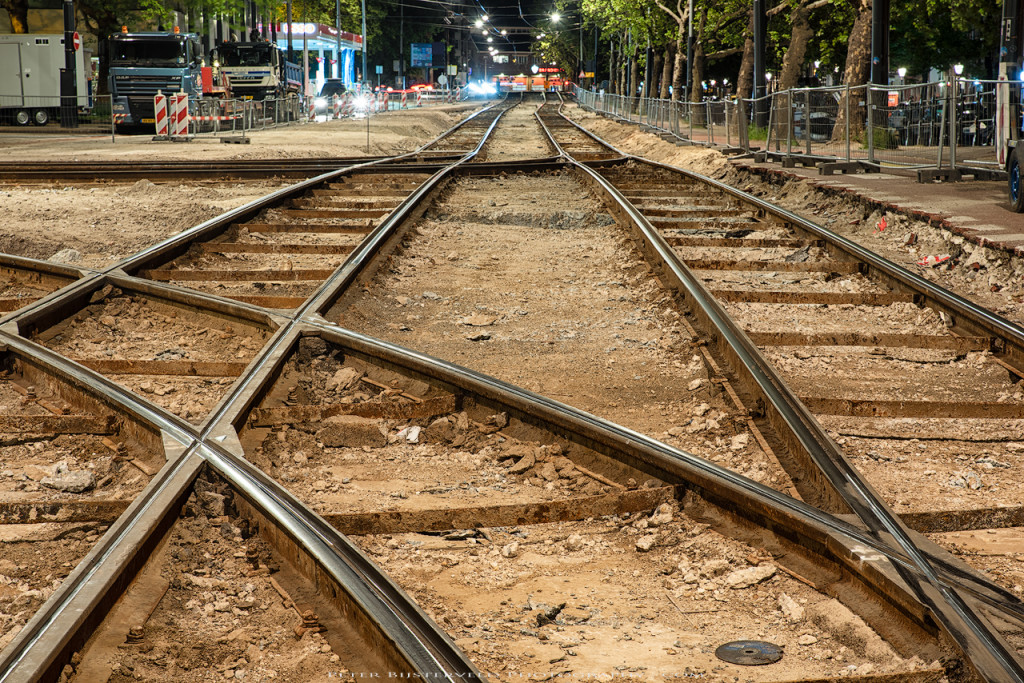 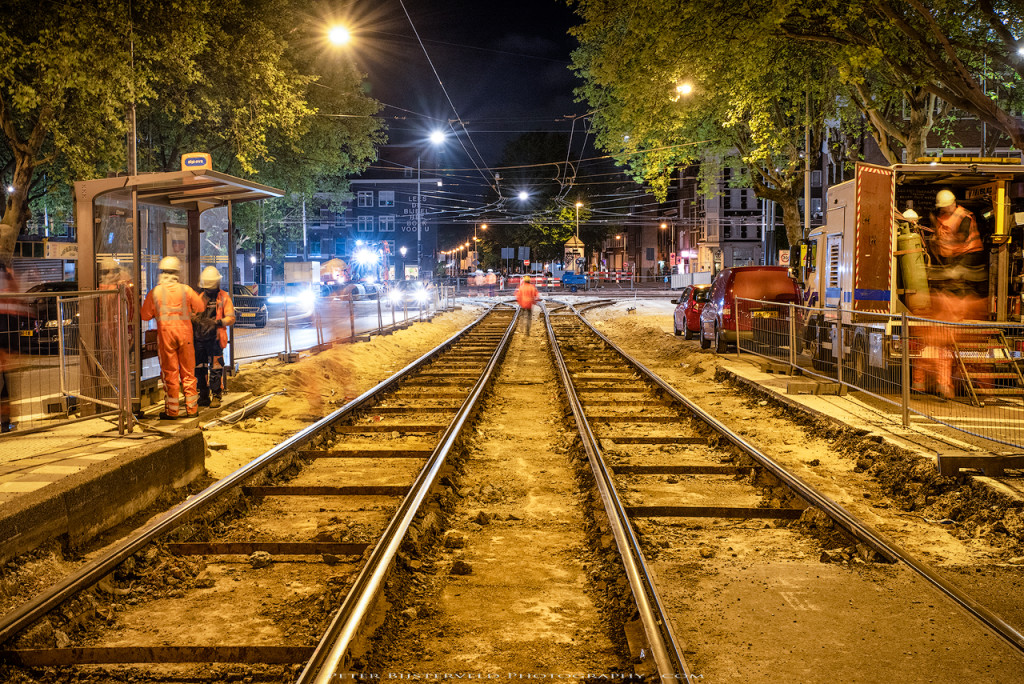 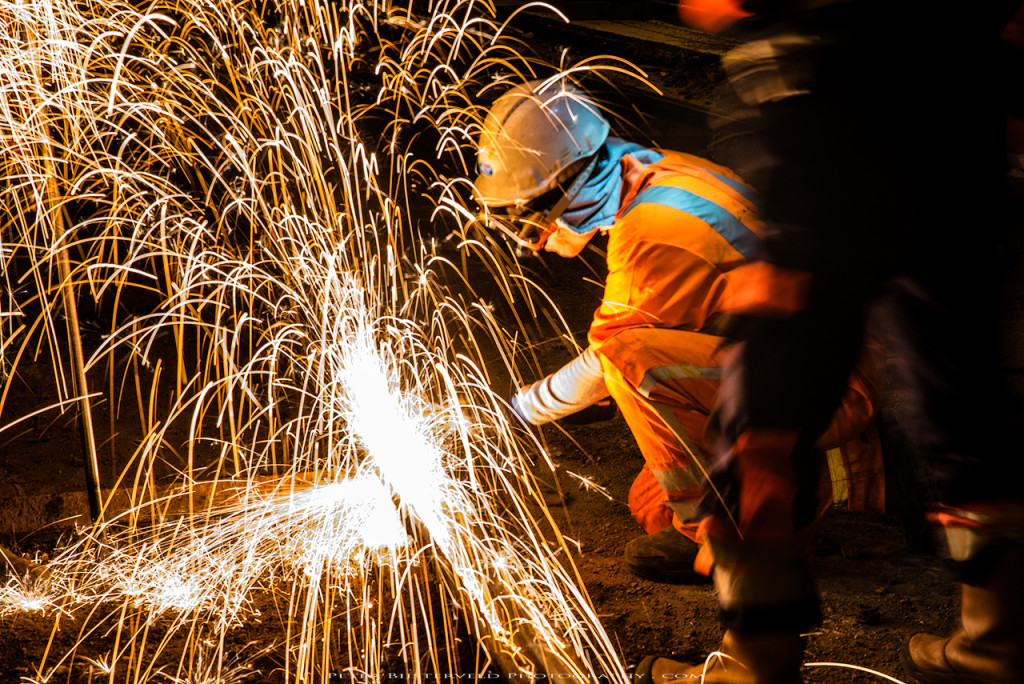 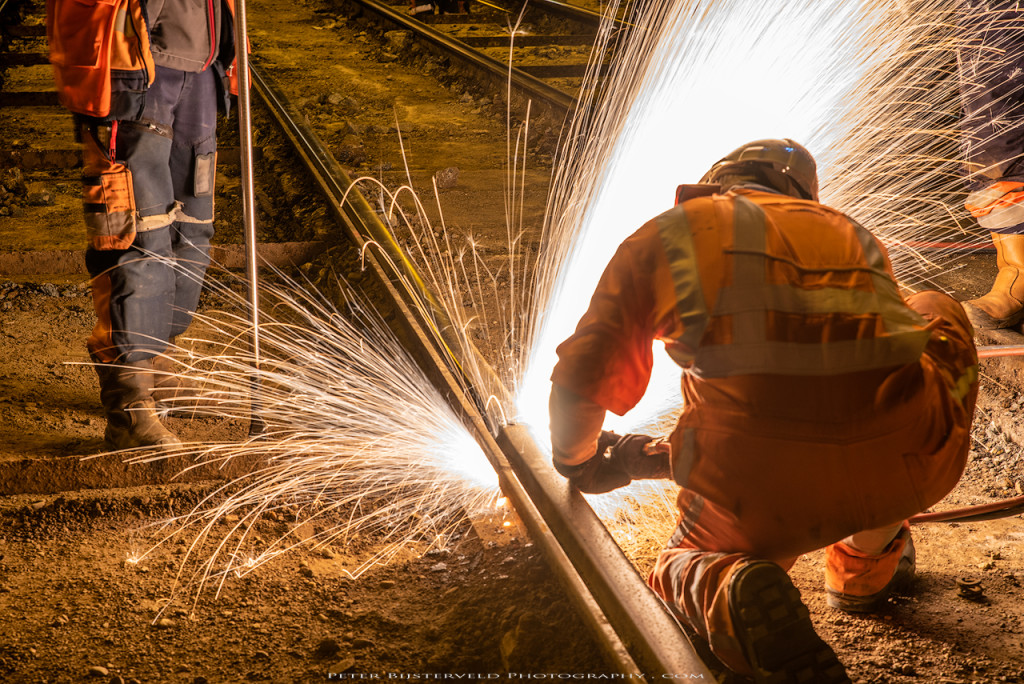 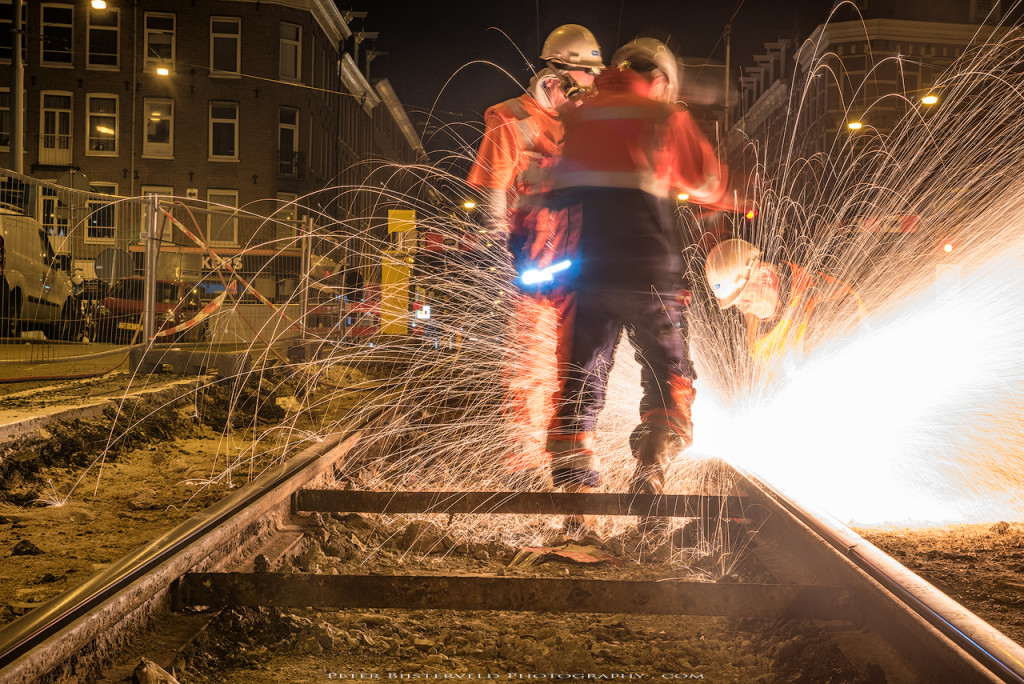 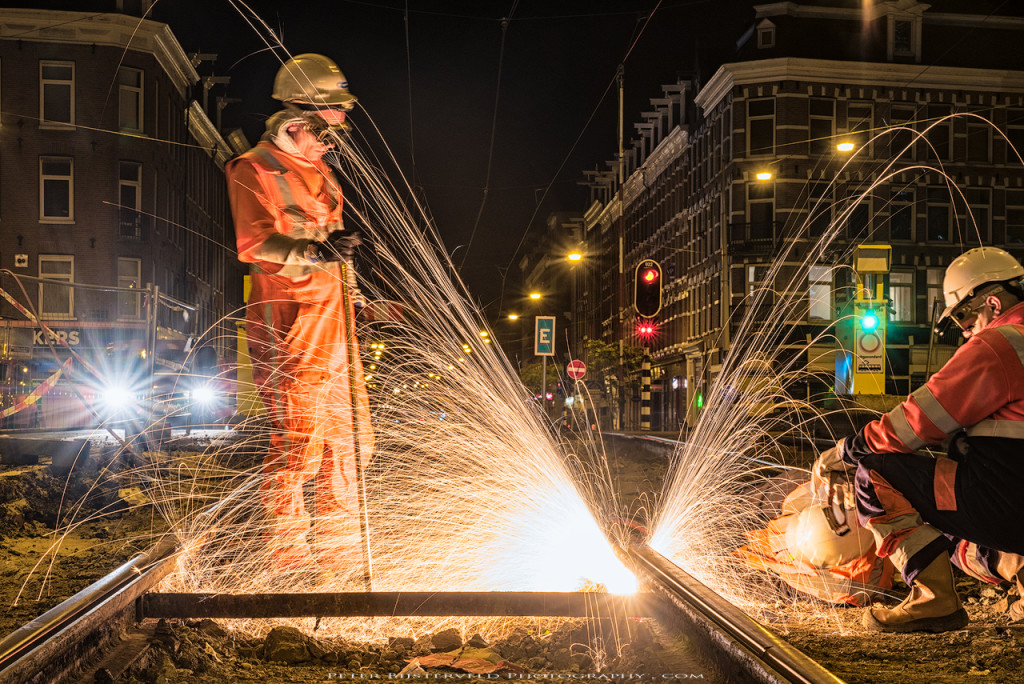 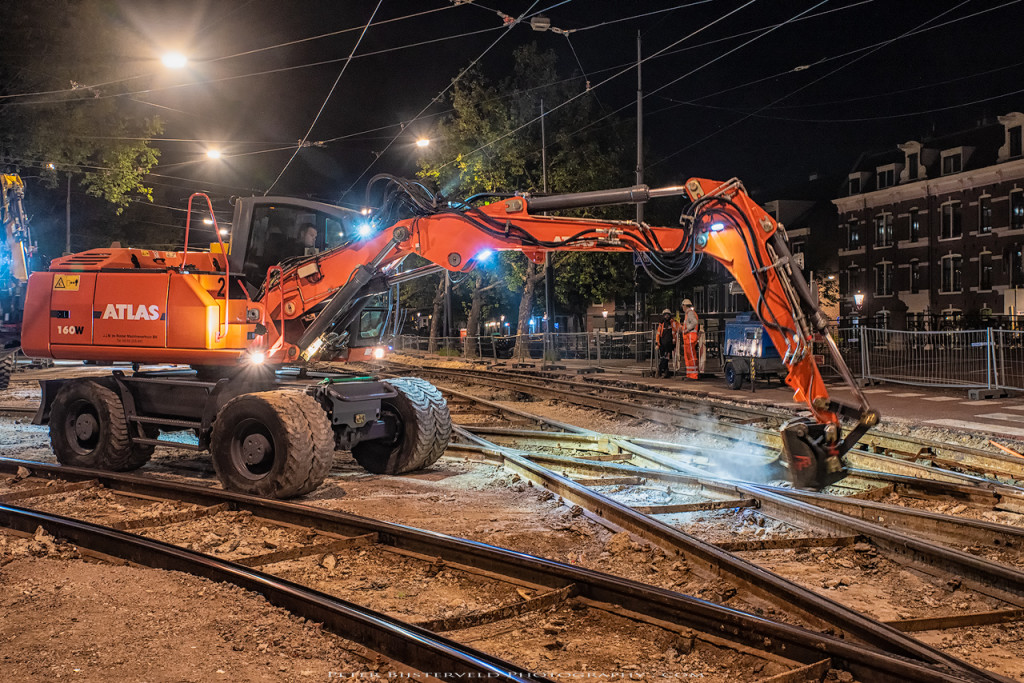 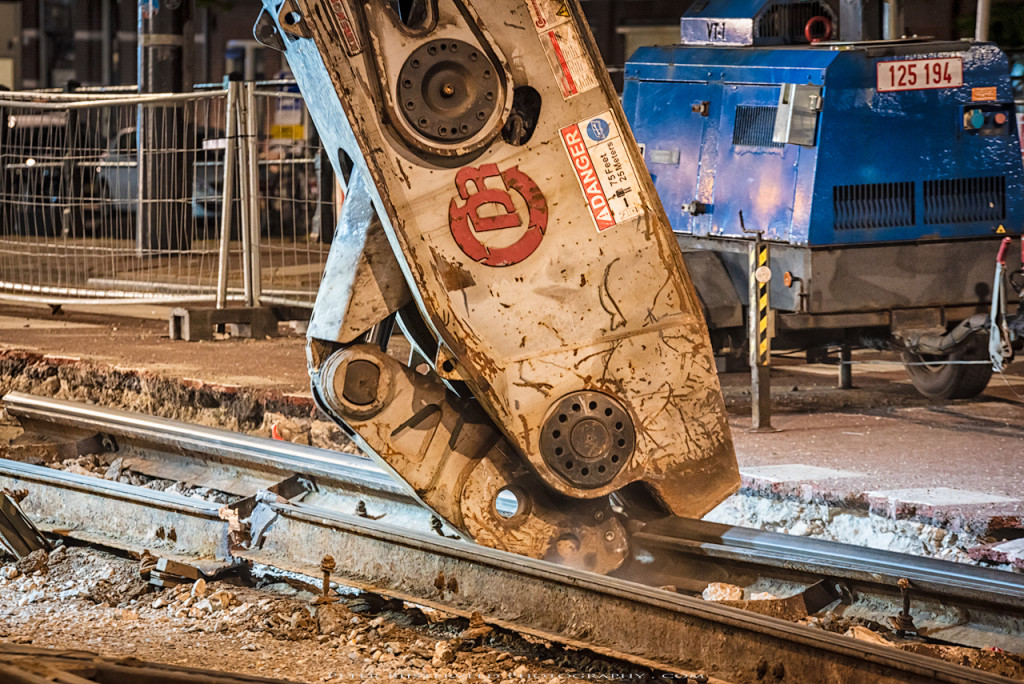 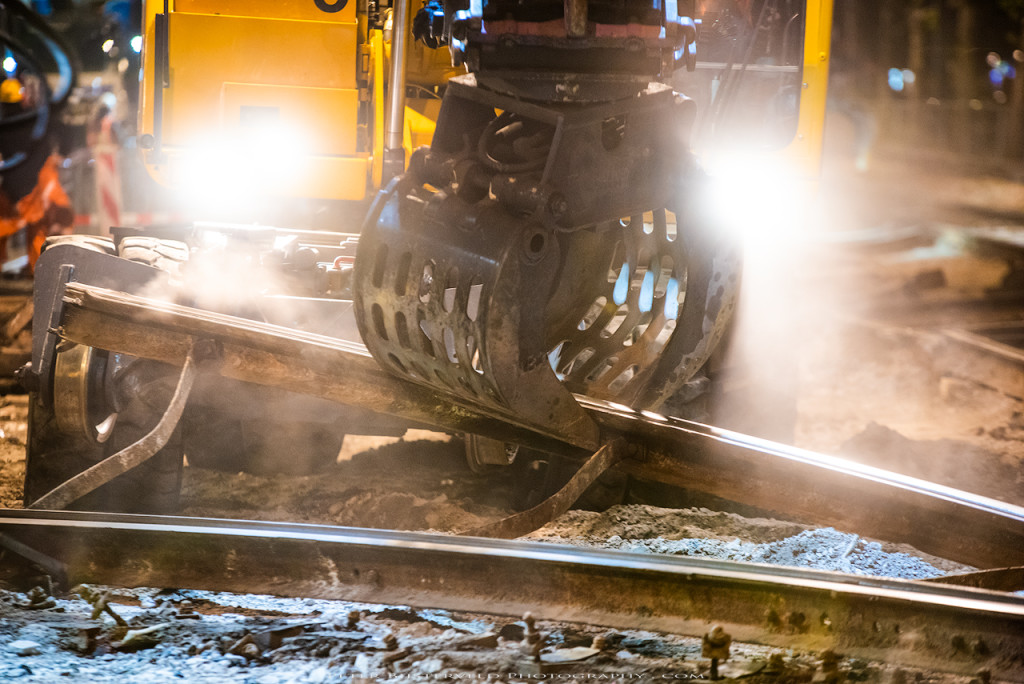 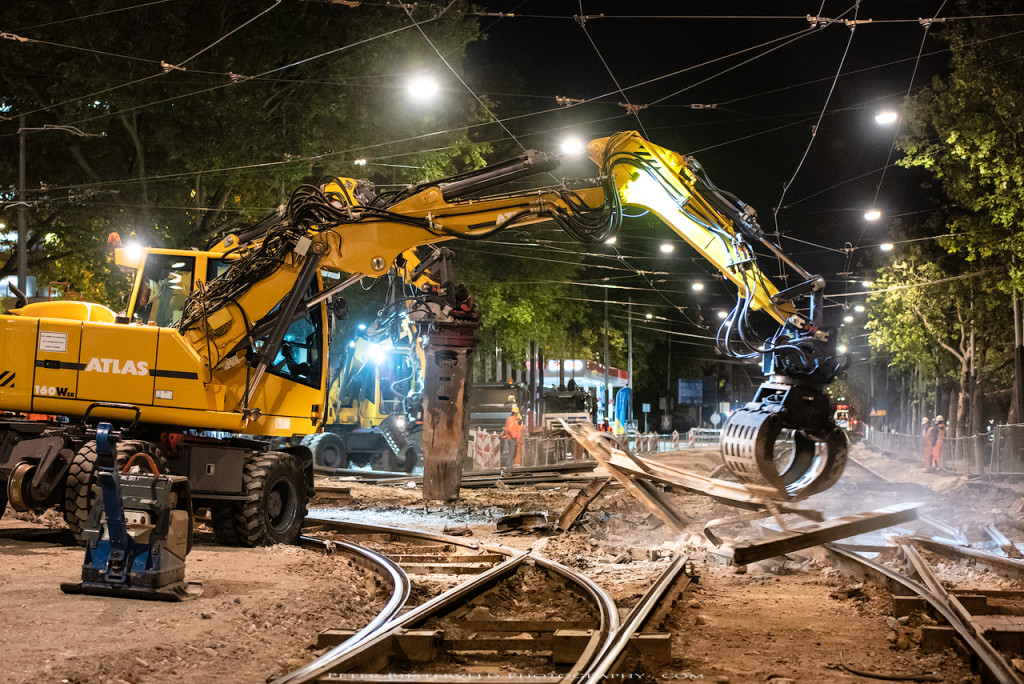 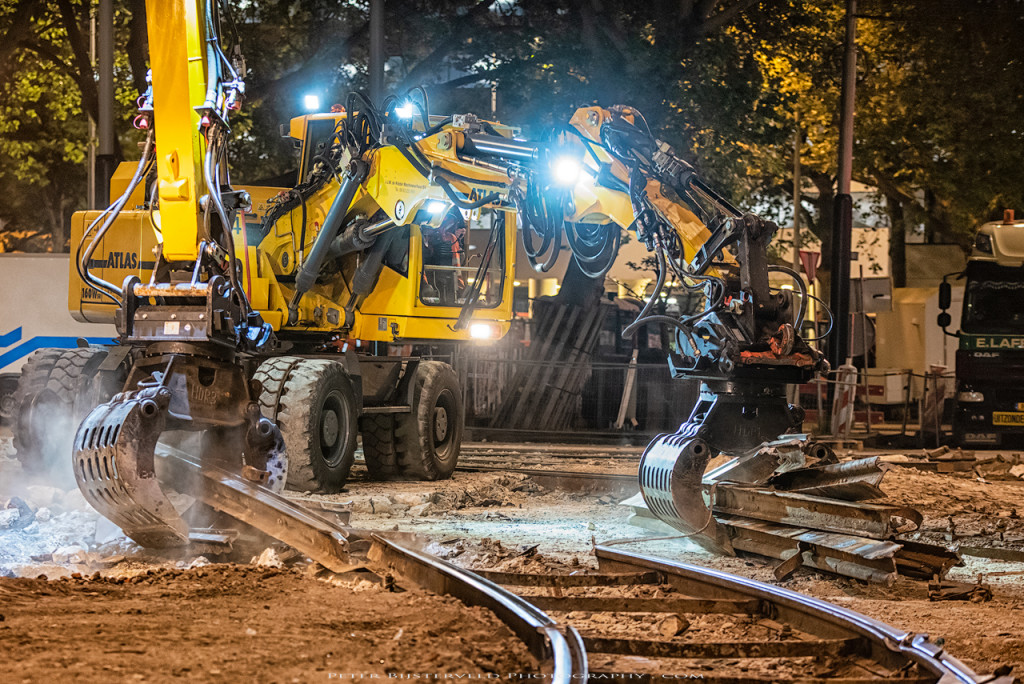 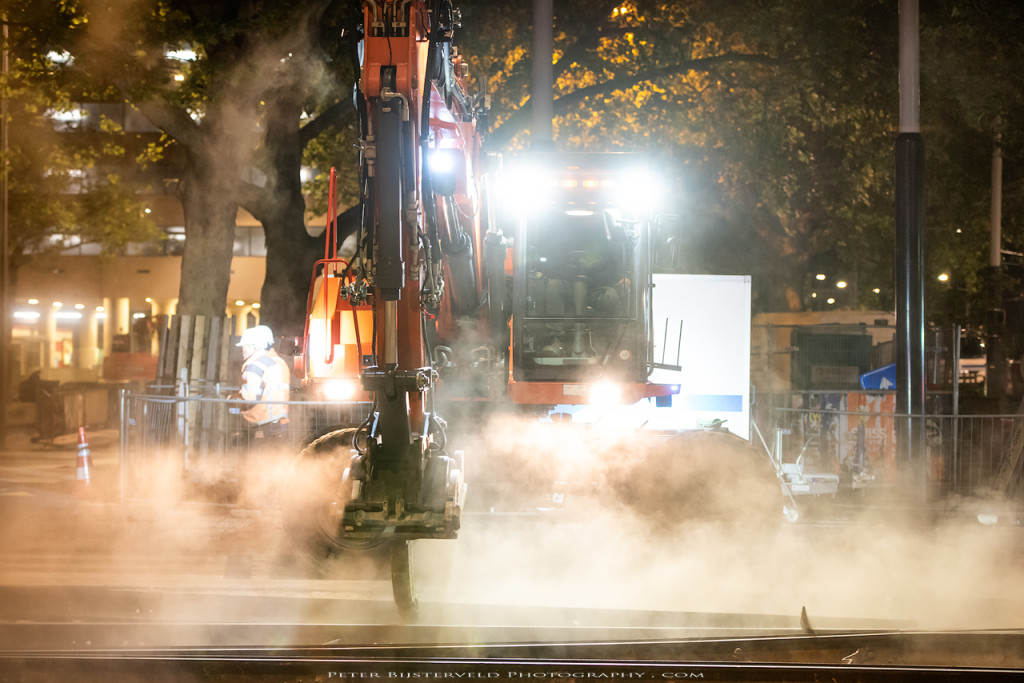 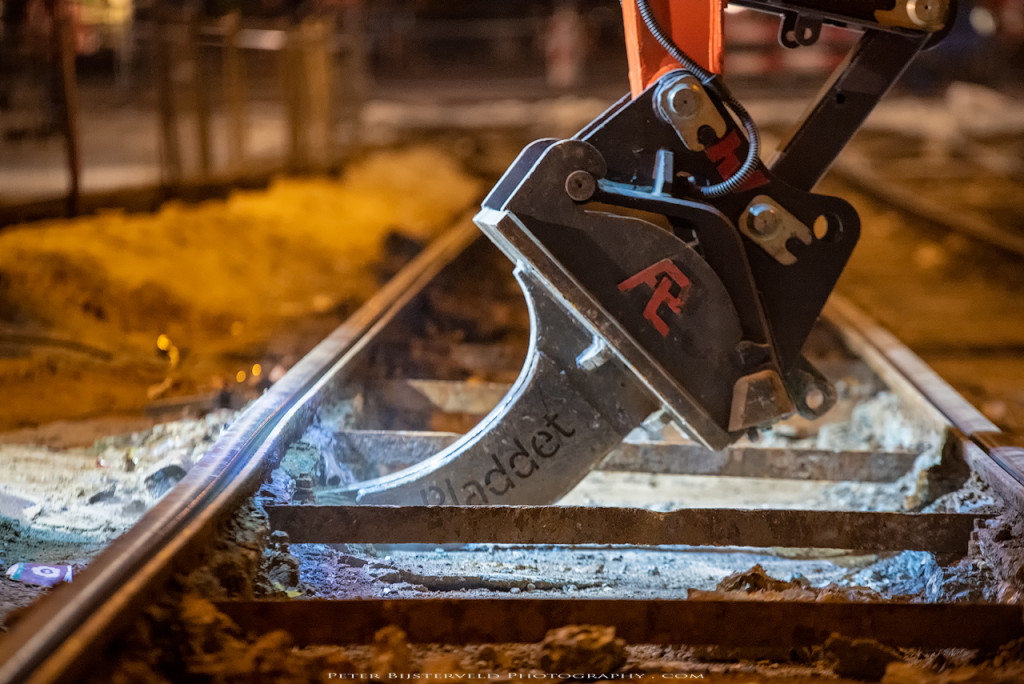 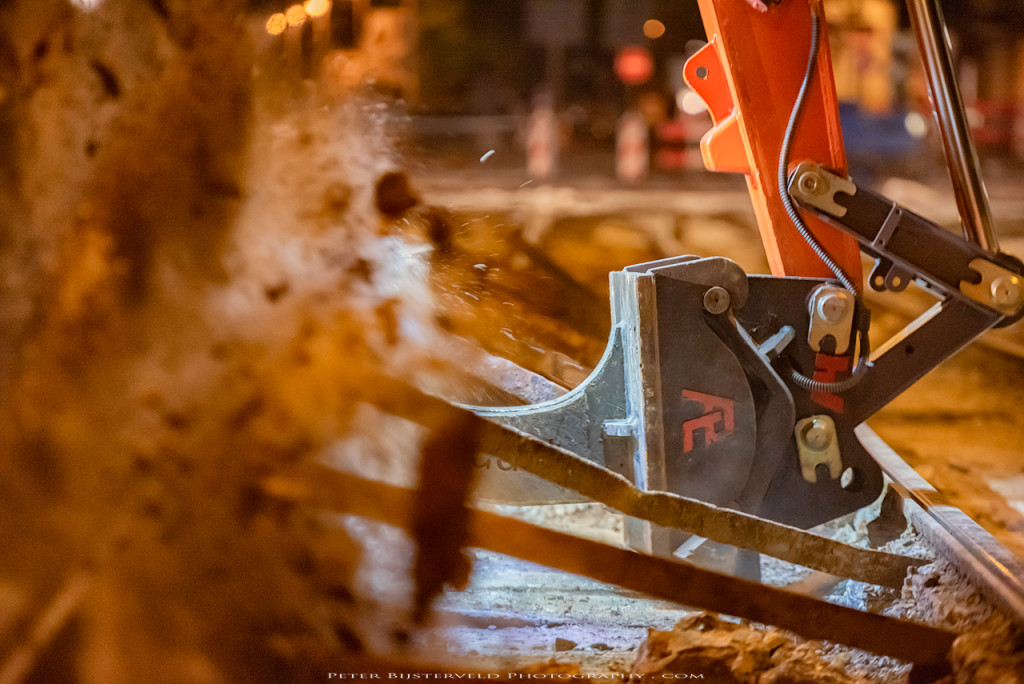